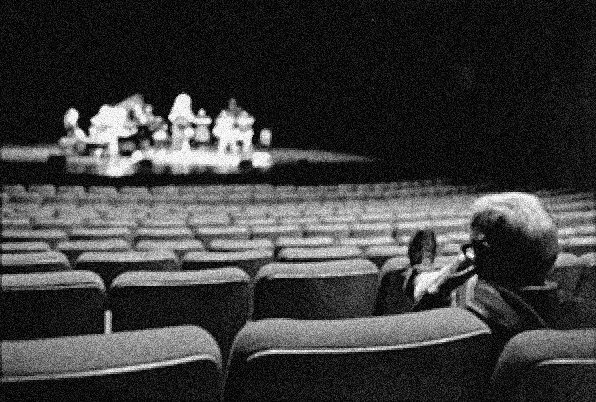 with Anna Steenerson, Emily in premiere of Our Town, Bloomington, Indiana

Ned in San Francisco at Other Minds Festival with Evelyn Glennie.

Cover art by Larry Rivers of Ned's Paul's Blues and a page from one of Ned's diaries.